If you’re considering keeping an Arizona bark scorpion as a pet, you’re in for a treat! These venomous creatures are native to the southwestern United States and are known for their striking appearance and unique behavior. In this comprehensive guide, we’ll cover all the basics of Arizona bark scorpions, including their range and habitat, physical characteristics, and tips for safely caring for them as exotic pets.

Overview of the Species

The Arizona bark scorpion (Centruroides exilicauda) is a species of scorpion that is native to the southwestern United States, including Arizona, California, Nevada, and New Mexico. It is one of the most venomous species of scorpion in North America, with a venom that can cause severe pain, numbness, and even death in humans and pets. However, with proper care and caution, Arizona bark scorpions can make fascinating and rewarding pets for those who are willing to take on the responsibility. 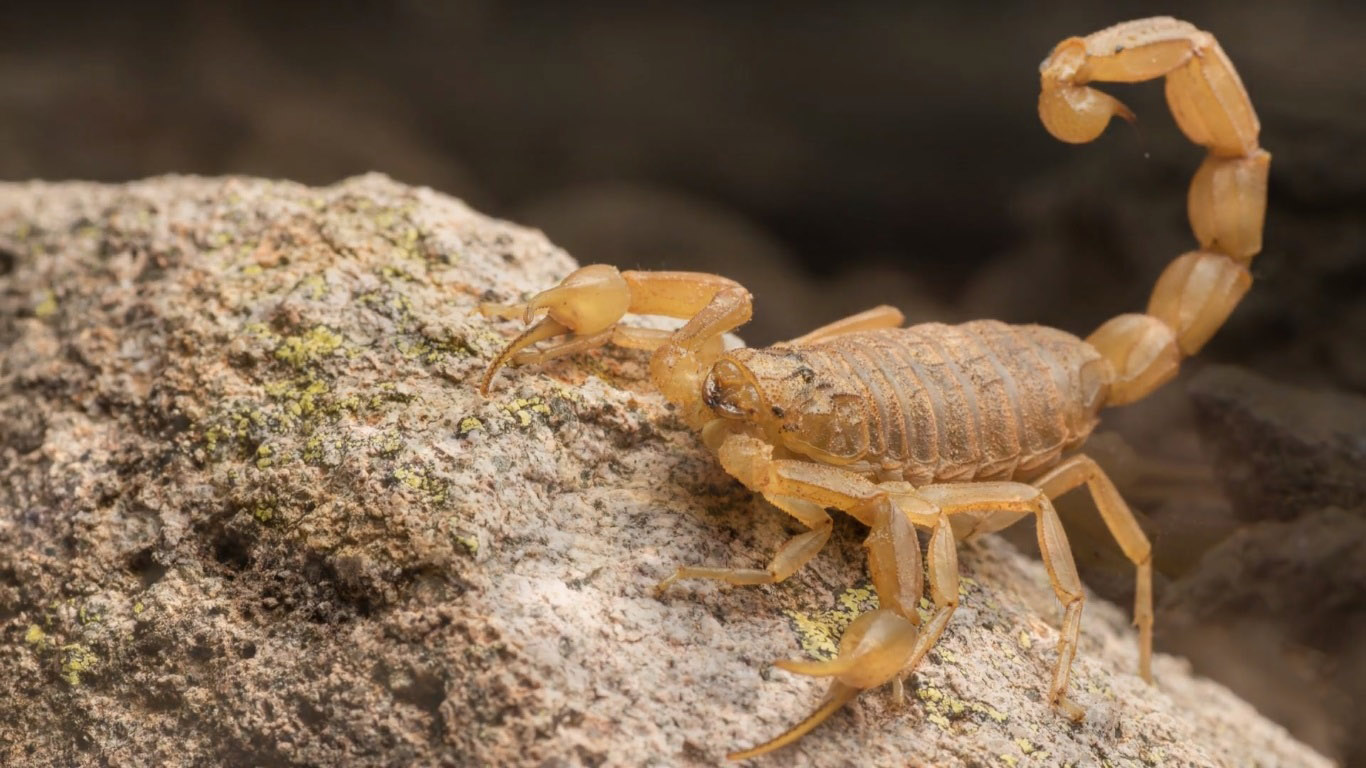 Arizona bark scorpions are found in a variety of habitats, including desert scrub, grassland, and rocky areas. They are most commonly found in the Sonoran Desert, which stretches across southern Arizona and into parts of California, Nevada, and Mexico. Arizona bark scorpions are nocturnal and can be found hiding under rocks, in burrows, or in trees during the day. At night, they come out to hunt insects and other small prey. 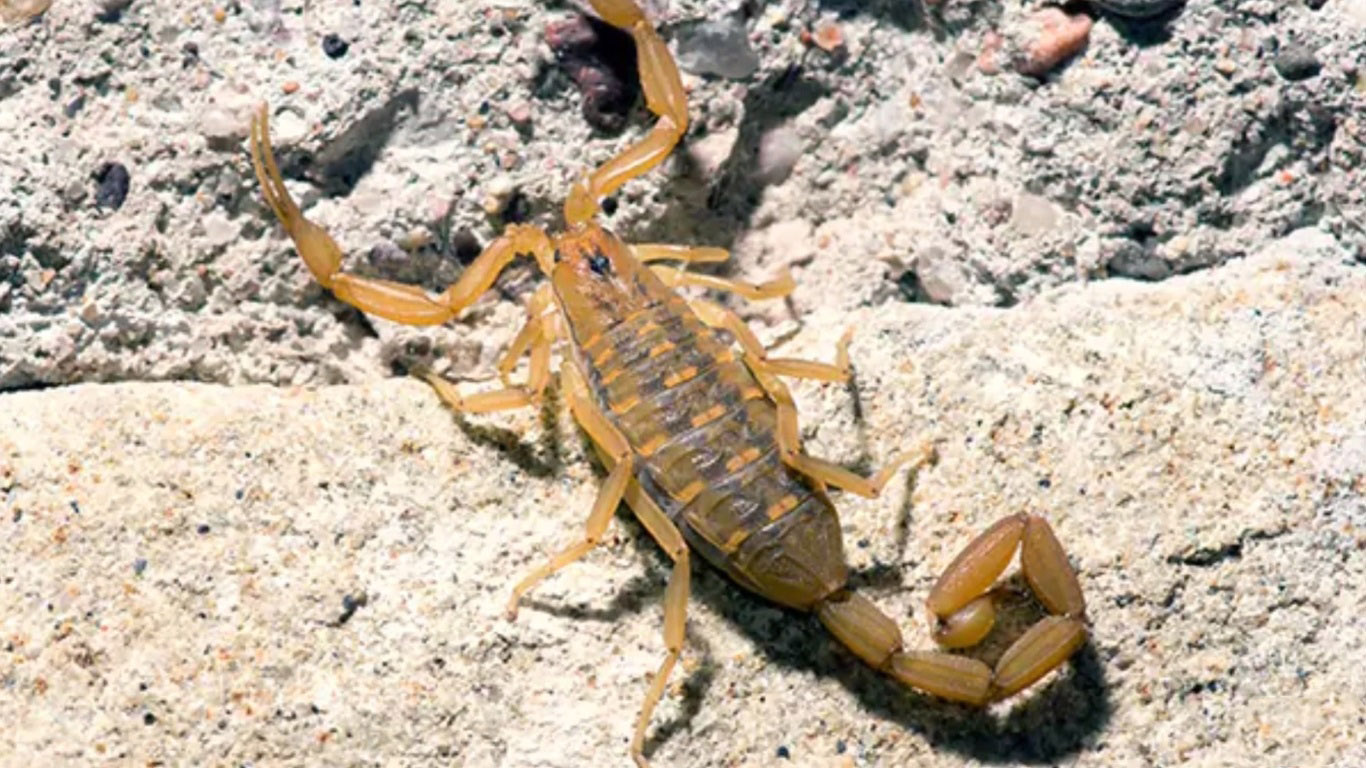 Arizona bark scorpions are small, slender creatures that can grow up to 3 inches in length, including their tail. They have a pale yellow or tan coloration with dark brown or black stripes running down their backs. They have two large pincers, or pedipalps, on their front legs, which they use to capture and crush their prey. They also have a segmented tail that ends in a venomous stinger, which they use to defend themselves from predators and subdue their prey. 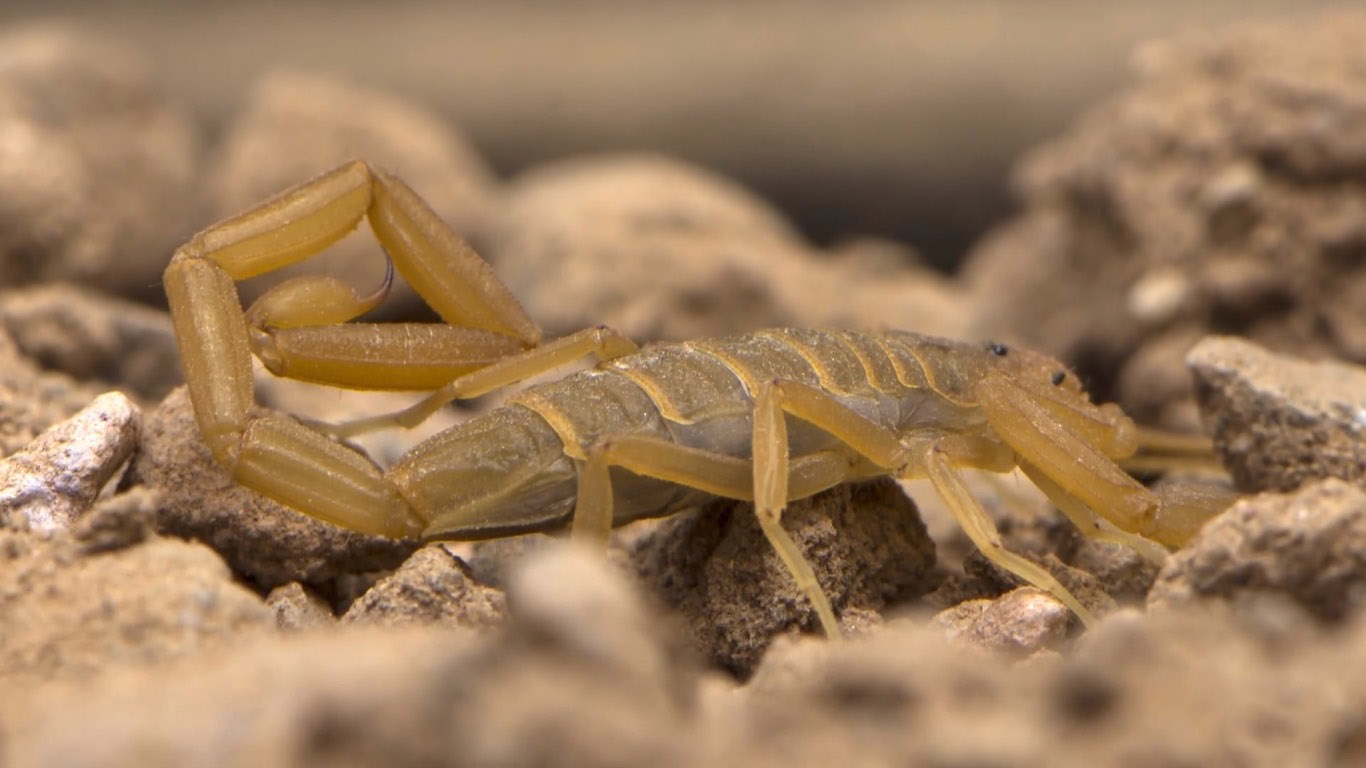 Arizona bark scorpions are opportunistic predators that will eat a variety of insects and other small prey. In the wild, they may feed on crickets, beetles, grasshoppers, and other insects, as well as small lizards and mice. As exotic pets, they should be fed a diet of crickets, mealworms, and other insects, which can be purchased at a pet store or online.

It is important to dust the insects with a calcium supplement to ensure that the scorpion is getting the nutrients it needs.

Arizona bark scorpions have a low metabolism and do not need to be fed frequently. In general, they should be fed once or twice a week, depending on their size and activity level. It is important to monitor the scorpion’s food intake and to remove any uneaten insects from the enclosure to prevent them from attacking and potentially harming the scorpion. 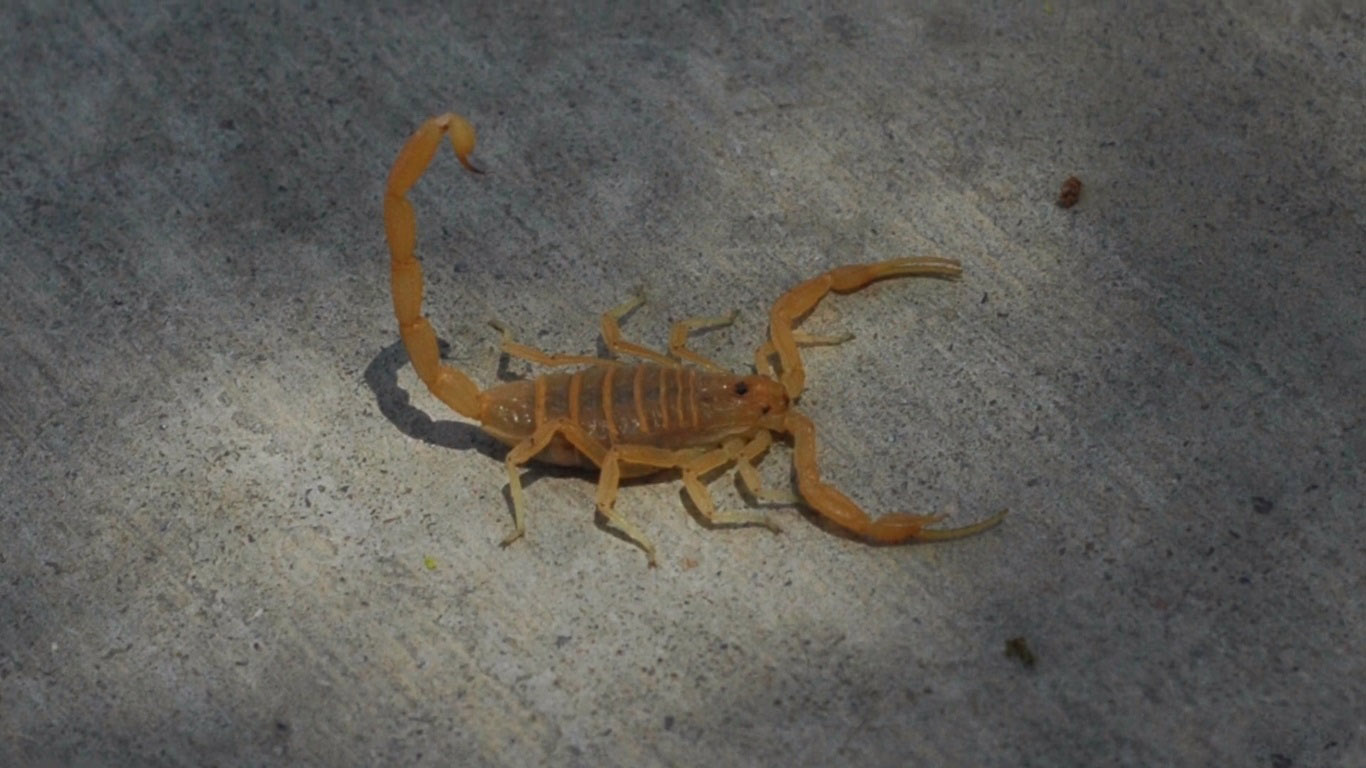 Arizona bark scorpions have a lifespan of 3-7 years in the wild and up to 10 years in captivity with proper care. They undergo a process called metamorphosis, in which they go through several stages of development before reaching adulthood. After hatching from eggs, Arizona bark scorpions go through several molts or shedding their exoskeleton, as they grow and mature.

Arizona bark scorpions reach sexual maturity at around 1 year of age. During the breeding season, males will wander in search of a mate and use their pincers and stinger to defend themselves from other males.

After mating, the female Arizona bark scorpion will carry the eggs in a special brood pouch until they hatch, typically after 6-8 weeks. The young scorpions, called scorplings, are independent of birth and will hunt and fend for themselves. 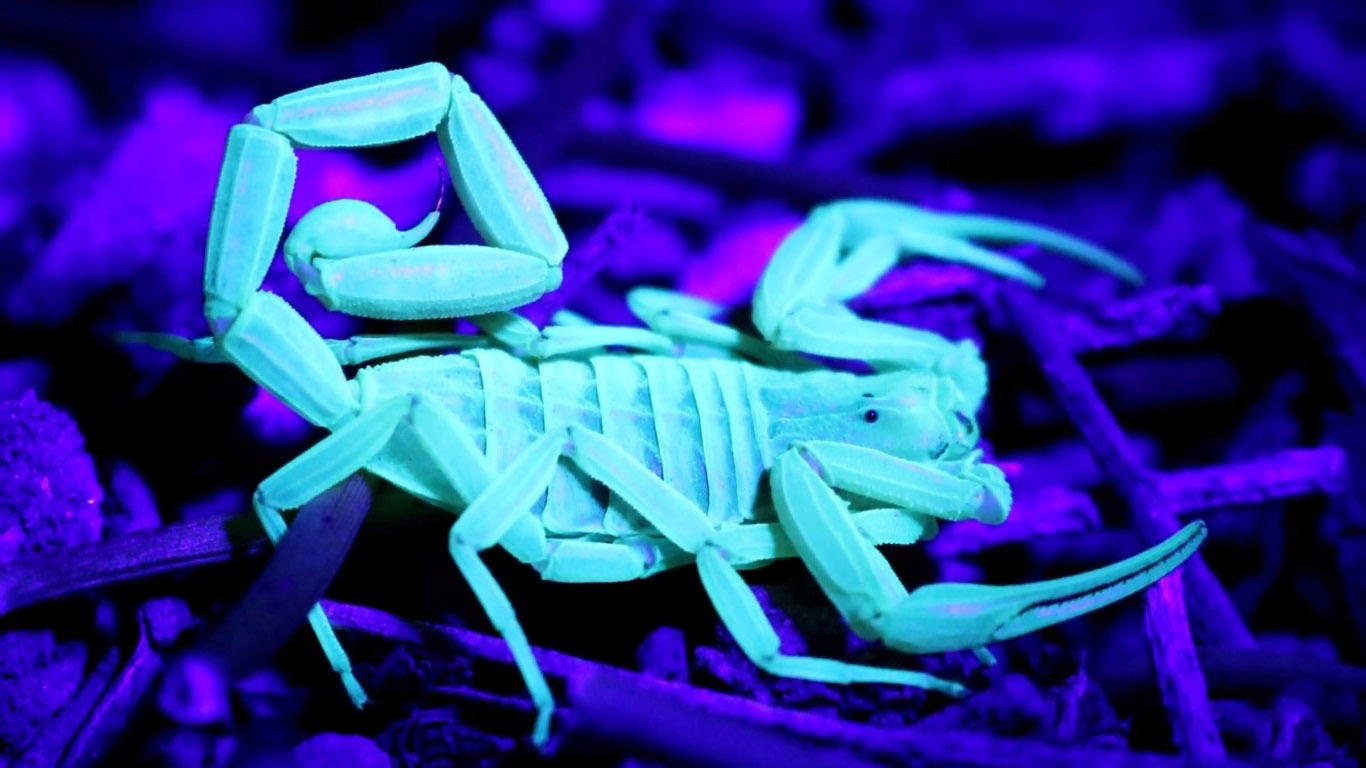 It is important to remember that Arizona bark scorpions are venomous creatures and can pose a risk to humans and pets if they are not handled properly. If you are stung by an Arizona bark scorpion, seek medical attention immediately. Symptoms of a scorpion sting may include severe pain, numbness, tingling, and muscle twitching. In severe cases, a sting may cause difficulty breathing, tremors, and even death.

To prevent accidents and injuries, it is important to follow these safety precautions when handling Arizona bark scorpions: 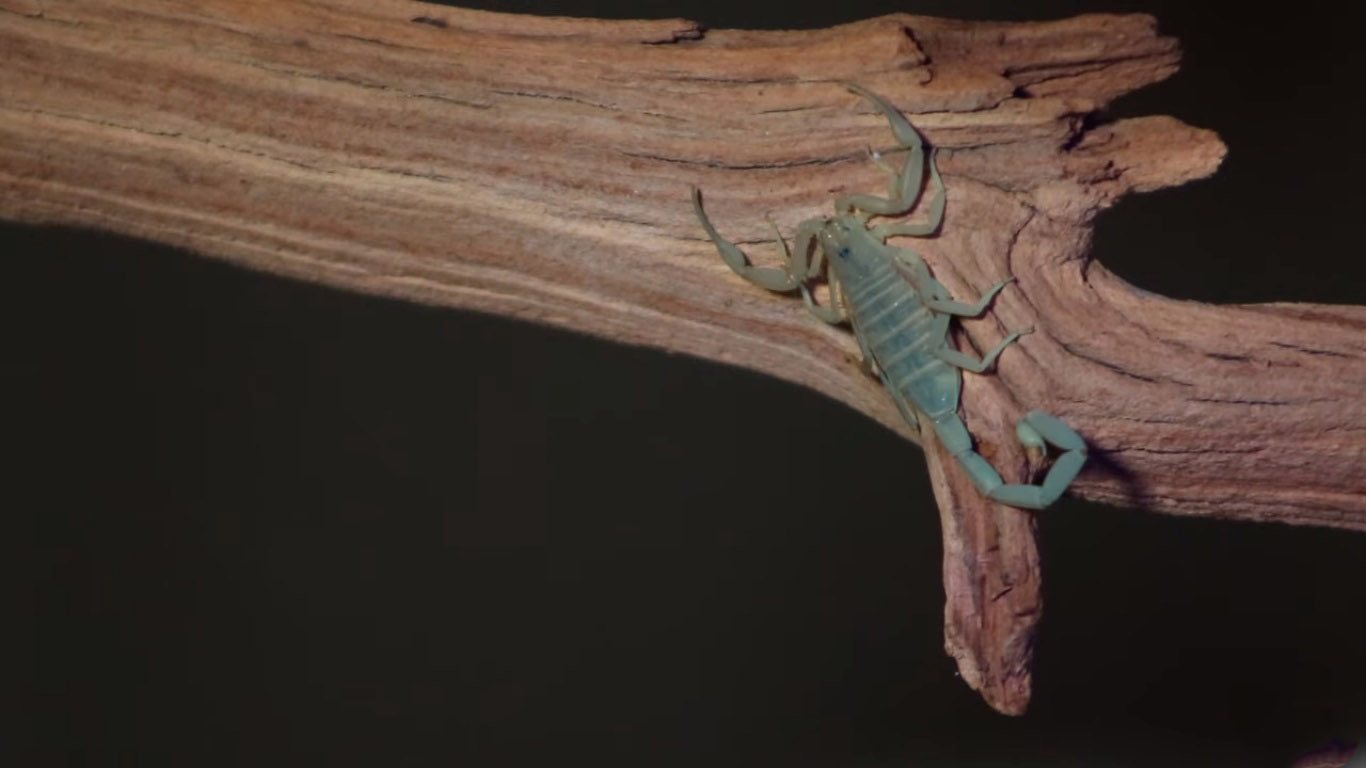 Arizona bark scorpions are small creatures and do not require a large enclosure. A 10-gallon tank or terrarium is sufficient for one or two scorpions, although larger enclosures may be necessary for a group of scorpions. It is important to provide the scorpion with a secure and escape-proof enclosure, as they are skilled climbers and can easily escape through small openings or gaps. The enclosure should also have good ventilation to allow for proper air circulation.

To create a suitable habitat for your Arizona bark scorpion, follow these guidelines:

As mentioned earlier, Arizona bark scorpions should be fed a diet of crickets, mealworms, and other insects. It is important to dust the insects with a calcium supplement to ensure that the scorpion is getting the necessary nutrients. In addition, it is important to provide the scorpion with a clean and safe environment to prevent stress and illness. This includes keeping the enclosure clean and free of debris, and avoiding overcrowding or overfeeding the scorpion. 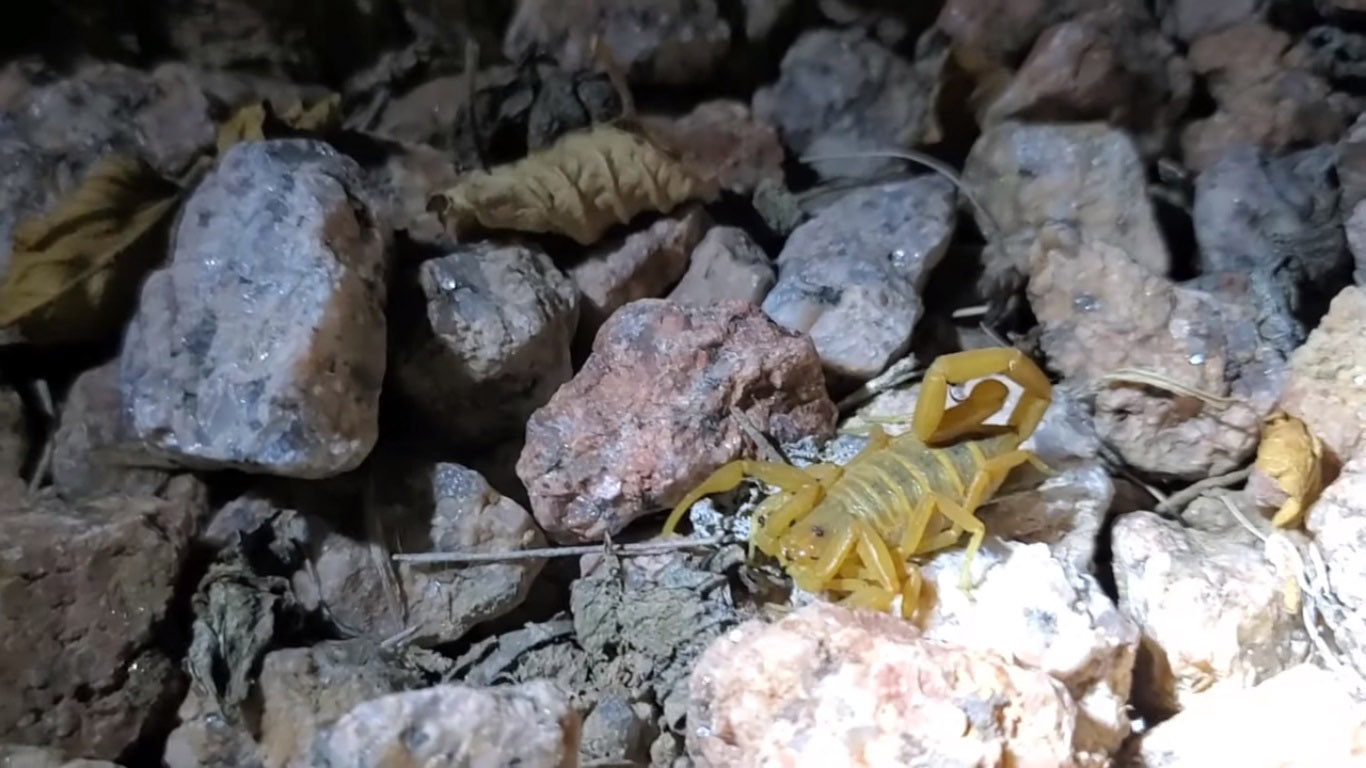 As an exotic pet expert with over a decade of experience, I have had the opportunity to work with and care for a number of Arizona bark scorpions. In my experience, there are a few non-obvious tips that can make a big difference in the health and well-being of these fascinating creatures:

By following these tips and taking good care of your Arizona bark scorpion, you can provide it with a healthy and stress-free environment and enjoy its fascinating behavior and unique characteristics for years to come.

What is the venom of Arizona bark scorpions used for?

The venom of Arizona bark scorpions is used for self-defense and to subdue their prey. It is highly venomous and can cause severe pain, numbness, and even death in humans and pets. However, it has also been researched for potential medical uses, such as pain relief and treatment of cancer and other diseases.

Yes, Arizona bark scorpions are skilled climbers and are often found in trees in the wild. They can easily climb smooth surfaces, such as glass or plastic, and can escape through small openings or gaps if not contained properly. It is important to provide them with a secure and escape-proof enclosure to prevent accidents or injuries.

No, Arizona bark scorpions are solitary creatures and do not form social bonds with other scorpions. In the wild, they live and hunt alone, and in captivity, it is generally not recommended to keep more than one scorpion in the same enclosure, as they may become aggressive or territorial towards one another.

Arizona bark scorpions are fascinating and unique creatures that can make interesting and rewarding exotic pets for those who are willing to take on the responsibility. They have a distinctive appearance, a venomous sting, and a low-maintenance diet, making them a popular choice among exotic pet enthusiasts. However, it is important to remember that they are venomous and should be handled with caution and respect. With proper care and attention, Arizona bark scorpions can thrive and make a fascinating addition to any home.